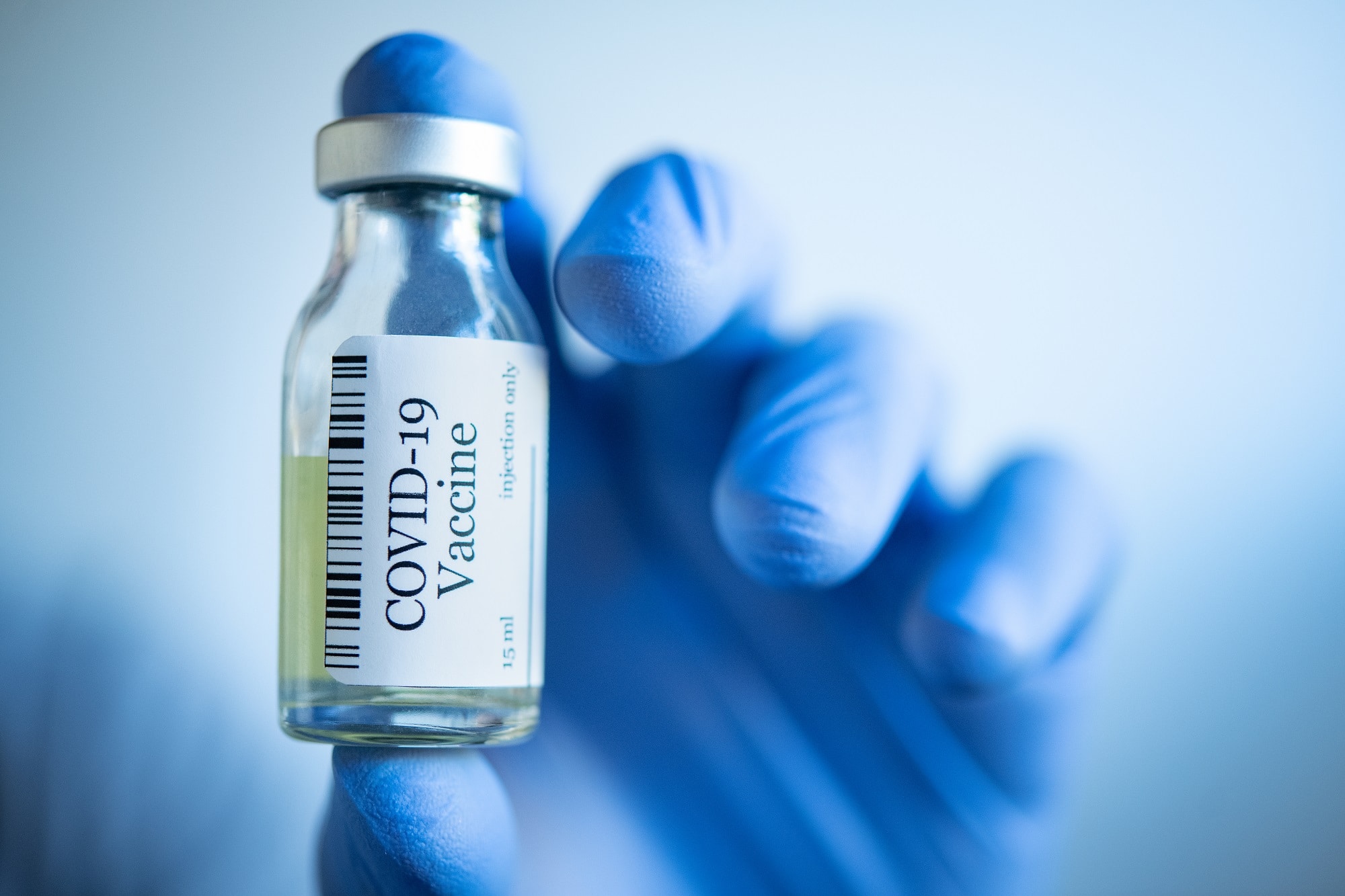 Since the emergence of COVID in late 2019, there has been massive research and development for the COVID-19 vaccine. This virus spread globally during 2020, which caused a global lockdown around the world. COVID-19 is contagious, and it spreads fast from person to person through the respiratory droplet. Therefore, a solution to curb its spread was to practice social distancing. Thus, after the implementation of social distancing, many countries were in a state of lockdown. Furthermore, WHO (The World Health Organization) declared it a global pandemic, and still, the COVID cases are increasing daily.

This virus has hindered the economic growth and development of many countries. Over 150 vaccines for COVID are in the development process, and several of them have completed the phase-2 trials. The scientists and government are working around the clock to develop the vaccine. Besides, Some companies have already provided results from human studies, and more results are likely to be available in a few months. The US has a goal to manufacture a vaccine by the end of the year 2020.

With many citizens’ health at stake, the governments have invested extensively in vaccine research and development and prepared several million doses to prevent the virus. In the US, the Trump Administration has started an initiative ‘Operation Warp Speed’; this initiative aims to pledge more than $11 billion for funding and support for seven vaccine companies. A group of 9 biotechnology companies has committed to only seek approval for safe and effective vaccines. Three of these companies have advanced to late-stage clinical trials. It’s too soon to say which company will be successful, but several have reached phase 3 trials, and they will be discussed in this precis.

It is a Massachusetts-based biotech company in collaboration with the National Institute of Health. This vaccine will inject a brief sample of the virus’s genetic material into the human cells. This act will create viral proteins in the body that mimic COVID and train the immune system to recognize its presence. Moreover, this technology has never been licensed for any disease, and this vaccine would require two doses, four weeks apart. On July 27, Moderna announced that it had started phase 3 clinical trials. In conclusion, Phase 1 trials showed promising results, and phase 3 would test vaccines in 30000 US participants.

This company is based in New York and is in collaboration with the German biotech company BioNtech. These two companies were already working over the influenza virus before the emergence of COVID-19. It’s also developing an mRNA vaccine based on the German company’s attempt to use technology to develop cancer treatments. This company has signed a $2bn contract with the US government to provide 100 million doses by the end of 2020. On July 27, these two companies launched a mixed-phase 2 and 3 trials by testing a diverse population in areas with high transmission of COVID. The results showed a favourable response, and the project is hoping to seek a regulatory review before the end of 2020.

It is one of the largest multinational corporations in New Jersey that specializes in healthcare products. It is currently developing an adenovector vaccine, which will introduce a DNA from SARs-COV-2 into the common cold-causing virus. There will be a genetic modification of the DNA, so it doesn’t replicate in the body. Furthermore, this vaccine is developed on the technology that Johnson & Johnson used to create the Ebola Vaccine. On September 23, the company announced the phase 3 trials to evaluate the safety of the vaccine. The test includes 60,000 adults from different countries, a significant percentage of older people, and those who have severe conditions of the virus.

Researchers at the University of Oxford were ambitious to develop the vaccine for the virus. A team in the University was already working on a vaccine that causes MERS, closely related to SARs-COV-2. The researchers adapted their work, and AstraZeneca, a biopharmaceutical company, collaborated with the University to help. The more extensive studies began in summer, and their speed made their vaccine among the world’s leading companies. The first two trials showed that the vaccine triggered an immune response with minor side effects like headaches. It is currently in phase 3 trials. However, on September 8, there was a suspension of tests due to an adverse reaction in one of the participants. After an investigation by regulators, the tests have resumed, and the first release of the vaccine is expected by the end of 2020.

Similarly, it is another Chinese biopharmaceutical company that is collaborating with the Brazilian research centre But.ntan. The name of its vaccine is CoronaVac, an inactivated vaccine that uses a non-infectious version of COVID. As inactivated pathogens can no longer produce the disease, they can provoke an immune response. The company began human testing in April, and on July 3, Brazilian regulatory granted the company to move to phase 3 trials. Furthermore, Phase 3 trials are conducted in Brazil and Indonesia, where the cases are increasing. The vaccine was approved for emergency use in China in late August. The results of phase 2 trials showed that the vaccine produced antibodies with no adverse reactions, and Sinovac has now moved towards phase 3 trials in different states.

This is a Chinese Biopharmaceuticals company, and like Moderna, it was an early forerunner. Cansino Biologics appeared to progress rapidly among the Chinese labs. Like many of its counterparts, it has also developed a viral vector vaccine. At the time of Moderna’s first trial, scientists enrolled adults into phase 1 study of Cansino’s prototype. The results of phase 2 were favourable, and there were reports of significant immune responses. On June 25, the company received the approval to use the limited vaccine in people, and the Chinese government approved the use in the military. However, Cansino’s fast progress has slowed down because the company is struggling to start phase 3 trials. Fewer cases reported in China have led researchers to test the vaccine on overseas sites like KSA.

In April, Sanofi and GSK decided to join forces. Sanofi was contributing its protein-based vaccine technology and, GSK was using its immune-boosting adjuvants. These two technologies have worked against influenza. The US will fund $2.1bn to support the development of the vaccine. Also, this is a part of the US initiative Operation Warp Speed. The first human testing began in September, and the results may be available in December. Their development timeline is months behind that of Pfizer and Moderna, and they may get approval in the first half of 2021. Nonetheless, these companies’ expectations to bring a more potent vaccine are high because adjuvants can enhance the immune response.

This is a Russian institute, and they also developed a viral vector vaccine. However, no clinical data was published, but the official claims that the institute has completed phase 1 and 2 trials. Furthermore, the researcher also claims that the vaccine produced potent antibody and immune responses. Despite the lack of evidence, Russia has allowed widespread use of the vaccine and registered it as the market’s first vaccine. Moving on, Russia claims that it’ll start phase 3 trials on August 12, but WHO considers the vaccine in the phase 1 trial. 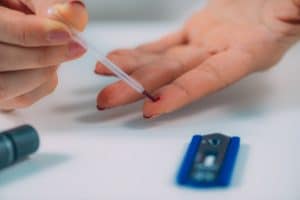 The human body is a very complex system. It has several hormones that are necessary…
Learn More 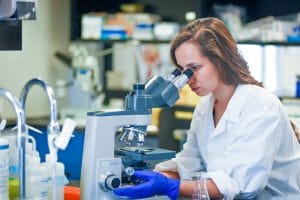 A colon is a significant part of the human body. It also goes by the…
Learn More 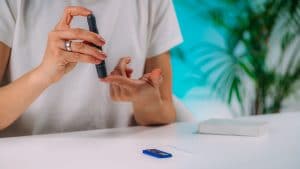 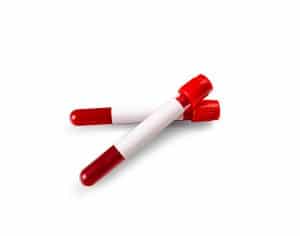 Iron is an essential mineral that has the responsibility to make haemoglobin. Haemoglobin is a…
Learn More 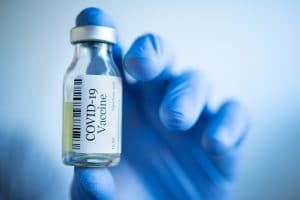 Since the emergence of COVID in late 2019, there has been massive research and development…
Learn More 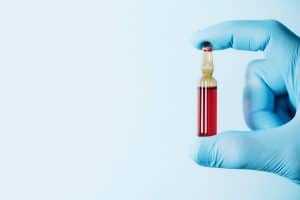 Vitamins are compulsory for your body. They provide various benefits to your system that enable…
Learn More

By your Agreement and clicking on Continue, you acknowledge you are leaving DoctorsHomes.com and going to a telemedicine website to potentially have an online visit with a doctor.   By providing your email address, you are providing express written consent to receive communications from DoctorsHome in order to fulfill your request at the email provided via the given webform, even if your email is currently listed on any state, federal or corporate Do Not Email list.  You understand that consent is not a condition of service or purchase, and that you may revoke this consent at any time by using the opt-out link at the bottom of every email. Message and data rates may apply, and you confirm and certify that you are at least 18 years of age. In addition, you acknowledge that you have read and agree to our Privacy Policy,  Terms and Conditions, Disclaimer and Accessibility disclosures.

Back to
Login
×
Close Panel